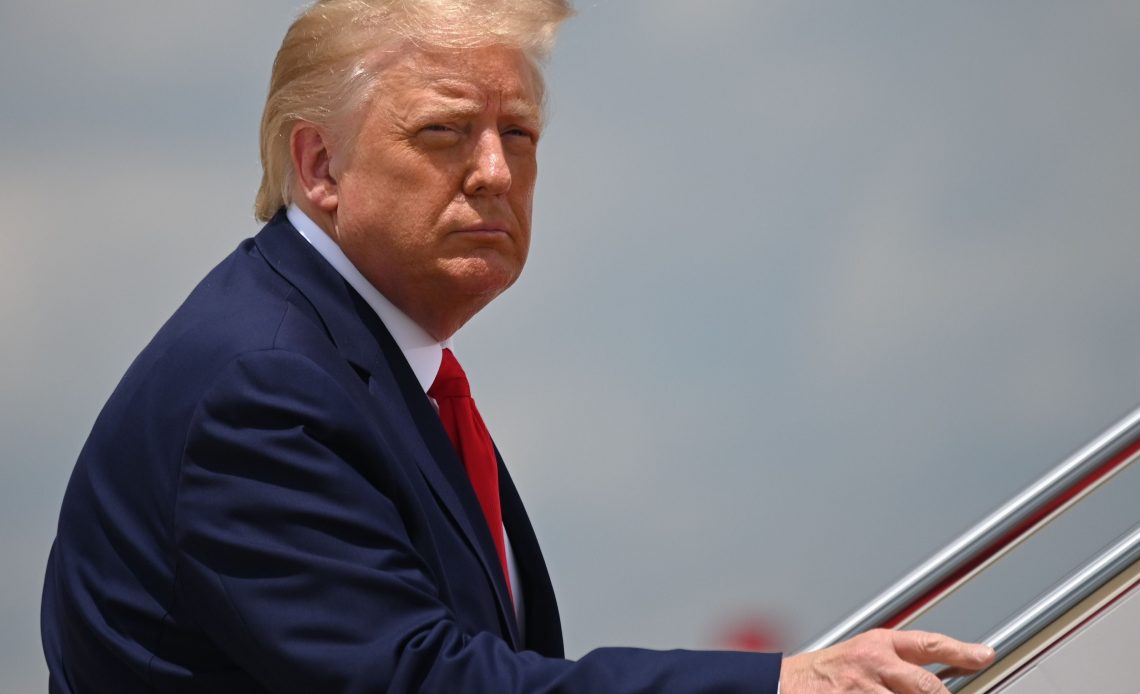 Another woman has accused President Donald Trump of sexual misconduct, saying he assaulted her in his VIP box at the US Open tennis tournament in 1997.

Amy Dorris, a former model, told The Guardian in an interview published Thursday that Trump stuck his tongue down her throat, touched her all over, and held her so tightly that she could not escape.

Lawyers for Trump strongly denied the allegations, suggesting they were implausible and politically motivated.

Dorris told The Guardian: “He just shoved his tongue down my throat and I was pushing him off. And then that’s when his grip became tighter and his hands were very gropey and all over my butt, my breasts, my back, everything.

“I was in his grip, and I couldn’t get out of it,” she said, adding: “I don’t know what you call that when you’re sticking your tongue just down someone’s throat. But I pushed it out with my teeth. I was pushing it. And I think I might have hurt his tongue.”

Dorris said Trump assaulted her outside a bathroom in his VIP box at the tournament on September 5, 1997. She was 24 at the time and is now 48.

She also provided The Guardian with photos showing her with Trump at the time. The Guardian said her account was corroborated by other people, including her mother and a friend who she reportedly told immediately afterward.

Trump, through his lawyers, denied in what The Guardian described as “the strongest possible terms” having “ever harassed, abused, or behaved improperly toward Dorris.”

The lawyers suggested there would have been witnesses had such an event taken place outside the VIP box bathroom.

Dorris showed The Guardian six photographs of her with Trump over several days in New York as well as her ticket to the US Open.

She said she spent multiple days in New York with Trump that year with her then-boyfriend, Jason Binn, who was friends with Trump.

At least 25 women had accused Trump of sexual misconduct as of May.

Dorris said Trump “came on very strong” when they first met, before the bathroom incident she described, despite her being with Binn.

She said that they were in Trump’s box with other friends and that the alleged assault happened when she went to go to the bathroom and Trump was outside when she came out.

“Initially I thought that he was waiting to go to the bathroom, but that wasn’t the case, unfortunately,” she said.

She said that she talked to Trump briefly but that he then forced himself on her. She said she laughed nervously and said, “No, get away.”

She said Trump “didn’t care” about her protests.

Trump’s lawyers also questioned why Dorris went on to keep spending time with Trump in the days afterward. They also said Binn had raised similar questions, though he did not respond directly to The Guardian.

Dorris responded: “I was there from Florida and I was with Jason. I had no money, nowhere to go. We were going from event to event and it was overwhelming.”

The lawyers also noted that allegations were not brought to Trump or to law enforcement. They suggested that the claim being made public so close to the November election was politically motivated.

Of her timing, Dorris said: “I’m tired of being quiet. It’s kind of cathartic. I just want to get this out. And I want people to know that this is the man, this is our president. This is the kind of thing he does and it’s unacceptable.”