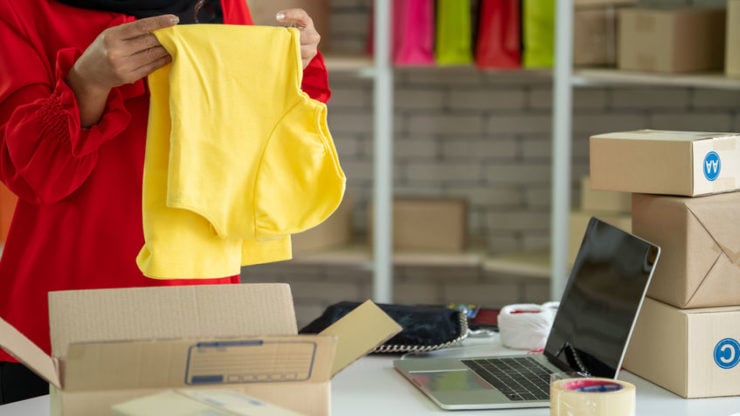 In an announcement on Wednesday, ASOS plc (LON: ASC) said that trading remained robust during the Christmas period. The company also raised its guidance for profit but warned of a £15 million hit due to the post-Brexit tariffs.

ASOS opened about 4% up on Wednesday. It is now trading at £53.46 per share versus a low of £11.64 per share in the first week of April 2020. If you want to invest in the stock market online, you’ll need a reliable stockbroker – here’s a comparison of the top few to make selection easier for you.

ASOS reports a 23% growth in sales

In the four months that concluded on 31st December, the online fashion retailer said that its sales topped its forecast, posting an annualised growth of 23%. Focusing entirely on e-commerce, ASOS continued operations last year amidst the COVID-19 crisis that pushed rivals into temporarily shutting their stores.

The Coronavirus pandemic has so far infected more than 3.1 million people in the United Kingdom and caused over 83 thousand deaths. In separate news from the United Kingdom, housebuilder Persimmon said that its revenue came in 9% lower in fiscal 2020.

ASOS said that its pre-tax profit in fiscal 2020-21 is expected to print near the higher end of the market forecast, that currently stands at £115 million to £170 million. In comparison, the retailer had recorded £142.1 million in fiscal 2019-20. Persimmon said earlier this week that it will create two thousand news jobs at its Staffordshire warehouse.

As the Brexit transition period ended on 31st December, retailers are facing tariffs on products that are not mode in the United Kingdom. Since ASOS ships products purchased via its European websites from its Berlin-based warehouse, it has been able to sidestep a few but not all of such tariffs.

According to CEO Nick Beighton:

ASOS performed largely upbeat in the stock market last year with an annual gain of roughly 40%. At the time of writing, the British online fashion and cosmetic retailer is valued at £5.35 billion and has a price to earnings ratio of 42.61.

The post ASOS warns of a £15 million hit due to the post-Brexit tariffs appeared first on Invezz.