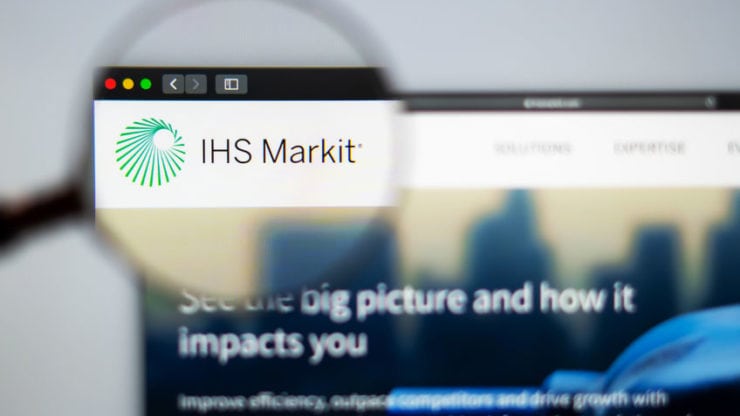 IHS Markit Ltd. (NYSE: INFO) said on Wednesday that its adjusted profit in the fiscal fourth quarter topped analysts’ expectations. Revenue in Q4, however, came in line with what experts had forecast. The American-British information provider said that a few of its end markets that took a hit due to the ongoing Coronavirus pandemic continued to recover in recent months.

Markit shares closed the regular session about 2% down on Wednesday. The stock is currently trading at £62.76 per share. In comparison, it had plummeted to as low as £33.28 per share in March 2020. Learn more about how do people make money on the stock market.

The quarterly financial update comes more than a month after S&P Global agreed to acquire IHS Markit for £32.26 billion.

Adjusted for one-time items, the London-headquartered company earned 52.79 pence per share in the recent quarter versus the year-ago figure of 47.65 pence per share. At £810 million, Markit registered a 1% annualised decline in its Q4 revenue on Wednesday.

According to FactSet, experts had forecast the company to post £820 million of revenue in the fourth quarter. Their estimate for per-share earnings was capped at a lower 49.12 pence per share.

According to Markit, financial services (its largest business segment) generated £336.51 million revenue in Q4 that represents a 7% year over year growth. FactSet Consensus for financial services revenue stood at a lower £332.26 million.

CEO Lance Uggla commented on the earnings report on Wednesday and said:

“We were pleased to see continued stability in Q4, and 2020 demonstrated the resiliency of our business model given the economic challenges due to the pandemic.”

In an announcement earlier this week, Markit and CME Group announced a 50/50 joint venture that will combine their post-trade services for the OTC markets.

Markit performed fairly upbeat in the stock market last year with an annual gain of a little under 20%. At the time of writing, the London-based company has a market cap of £24.84 billion and a price to earnings ratio of 37.44.

The post IHS Markit reports a 1% annualised decline in its fourth-quarter revenue appeared first on Invezz.