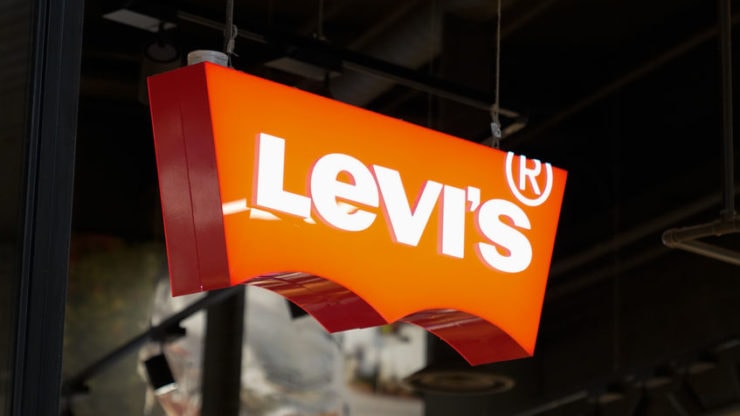 Levi Strauss & Co. (NYSE: LEVI) published its earnings report for the fiscal fourth quarter on Wednesday that topped analysts’ estimates for earnings and revenue. The retailer, however, warned that foot traffic continued to be weaker at its stores due to the ongoing Coronavirus pandemic.

The novel flu-like virus has so far infected more than 26 million people in the United States and caused over 439 thousand deaths.

Levi’s shares slid just under 10% in extended trading on Wednesday. The stock is now trading at £14.72 per share versus £6.96 per share in the first week of April 2020. If you want to invest in the stock market online, you will need a reliable stockbroker – here’s a list of the top few to make selection easier for you.

Levi’s reported £41.71 million of earnings in the fourth quarter that translates to 10.25 pence per share. In the comparable quarter of last year, it had earned a higher £70.25 million or 16.83 pence per share. Levi Strauss had swung back to profit in the prior quarter (Q3).

Adjusted for non-recurring items, the American clothing company earned 14.64 pence per share in Q4 versus the year-ago figure of 19.03 pence per share. In terms of sales, Levi’s recorded £1.02 billion that represents a 38% annualised decline. The retailer saw a 38% year over year growth in its digital sales in the recent quarter as the COVID-19 crisis continued to restrict people to their homes.

According to FactSet, experts had forecast the company to post £980 million of sales in the fourth quarter. Their estimate for adjusted per-share earnings stood at a lower 10.98 pence per share. In separate news from the United States, Las Vegas Sands also reported its quarterly results on Wednesday.

CEO Chip Bergh commented on the financial report on Wednesday and said:

“We will double down on elevating our iconic brand, investing in direct engagement with our fans, advancing our fast-growing digital business and further diversifying our portfolio. As we continue to accelerate these strategic focus areas, we will emerge a stronger, more profitable, more agile company.”

Levi Straus performed slightly upbeat in the stock market last year with an annual gain of roughly 5%. At the time of writing, it is valued at £6.40 billion.