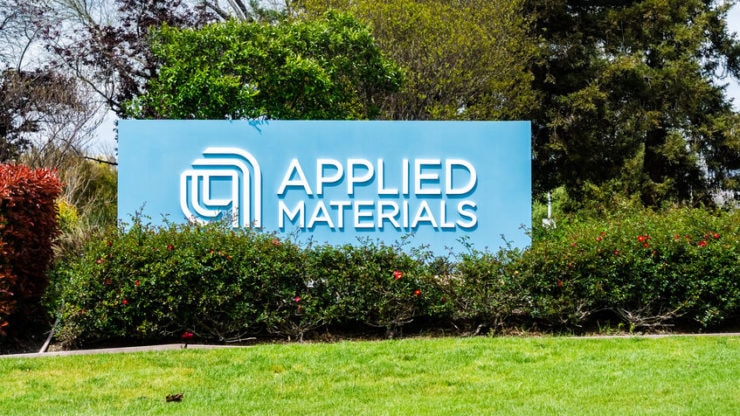 Shares of the American semiconductor equipment manufacturer Applied Materials (NASDAQ: AMAT) have rotated lower this week after the company published a new financial model for 2024 and other future plans which have raised concerns among investors.

Under the new outlook, Applied Materials outlined their vision for the following several years and said that the chip industry is now of utmost strategic importance to the world economy.

The company’s executives said that there is a new surge in silicon consumption in the United States and other parts of the world, as a result of growing technologies such as artificial intelligence.

“The AI inflection is driving a new era of innovation and secular market growth. It’s clear that the future isn’t going to be like the past. AI computing workloads require new semiconductor solutions at a time when traditional Moore’s Law scaling is slowing down,” said Applied Materials CEO Gary Dickerson.

He added that in addition to its plans to address the surging demand, the company plans to shift its operations to focus on subscription-based revenue and optimize its products and services in a bid to generate more free cash flow and prompt growth.

Shares of the California-based company dropped 2.5% and closed below the $140 handle on Tuesday. The new guidance sent shares of other manufacturers tumbling as well, with ASML Holding slipping 2% to $628, and Lam Research (LRCX) dropping 1.3% to $652.48.

AMAT stock price has moved lower to trade about 6% off the record highs at $146.00. The price action has been constantly moving higher since October, during which period the stock gained over 150%. Hence, a correction at this stage is more than justified given the recent move higher.

Applied Materials said it plans to shift operations in the following years and issued a new financial model for 2024. Shares have rotated lower following the news to trade below the $140 mark again.